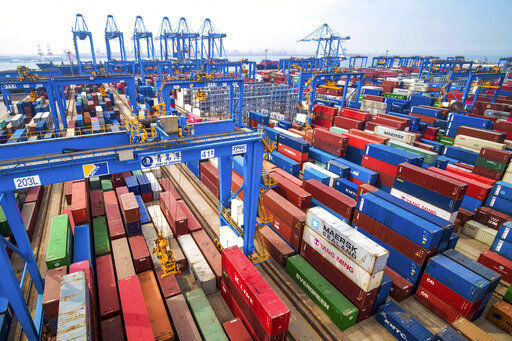 MONTERREY — In order to take full advantage of the opportunities offered by the United States, Mexico and Canada Agreement (USMCA), the Business Coordinating Council (CCE) will develop an analysis that will identify in a timely manner the opportunities for Mexican companies.

Carlos Salazar Lomelin, national president of the CCE, explained in a virtual conference with the Chamber of the Transformation Industry (Caintra), that the Washington office of the CCE will be responsible for identifying in detail the export opportunities for Mexican companies to the United States.

“We’re on a project with the Secretary of Economy using our Washington office. That office is now oriented to clearly identifying where the opportunities are, state by state, even county by county,” explained Salazar Lomelin

“We are analyzing who is buying, where it matters and if there is any comparative advantage revealed that indicates that Mexico can intervene in that,” Salazar Lomelin said.

Another project on which the organization is currently working is to identify and support the development of public investment.

The president of the CCE said they are currently working with the National Governors’ Conference (Conago) to generate at least one major public investment project for each state.

“We are trying to identify the 32 projects and make them important triggers for each of the states in the country,” he said.

He added that in the case of Nuevo Leon, the project they identified is the use of railways.

“We have not been able to start the studies, until today there has been a fund from the Treasury to carry out the viability study. It is possible to coexist, the freight train with a fast passenger train to be able to cross the city; it would be a far-reaching project,” he added.

Regarding consumption, which represents two thirds of the aggregate demand, the businessman stressed that in order to encourage it they are seeing the possibility of anticipating “El Buen Fin” for the months of August or September.