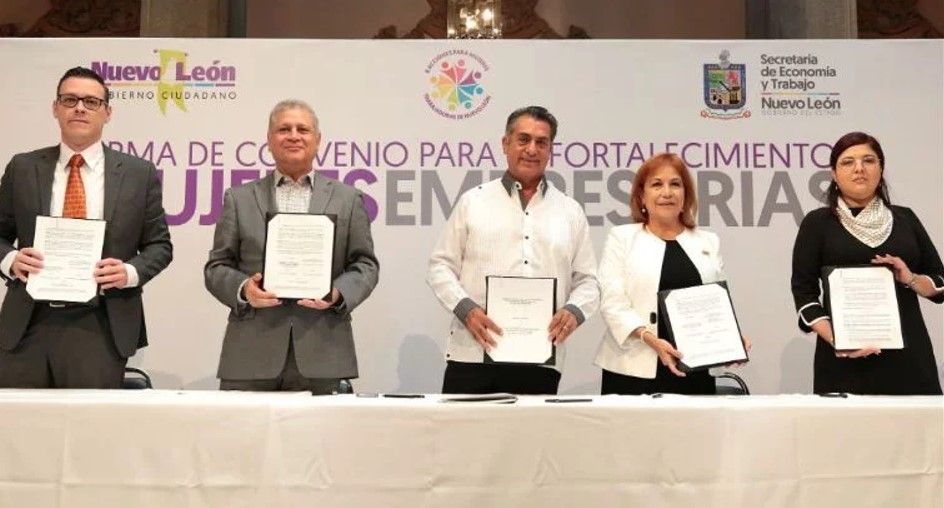 MONTERREY – The governor of Nuevo León, Jaime Rodríguez Calderón, signed an agreement for the strengthening of female entrepreneurs in Nuevo León, with the objective that women who lead small and medium enterprises can have access to subsidies or that they can be government state providers.

In the agreement, the Secretary of Economy and Labor of the State participated, as well as the civil associations of women entrepreneurs that promote the strengthening of the entrepreneurial and business environment, with a gender perspective.

“Many of these businesswomen are going to be suppliers even of the government; others will have possibilities to obtain subsidies that the government does with certain requirements,” the governor said.

The president proposed that small and medium enterprises be suppliers of foreign companies, as well as large national corporations.

For his part, the Secretary of Economy and Labor, Roberto Russildi, said that the state government develops actions focused on improving the working conditions of the population.

“In these actions women must be included; in these groups of financing to small and medium enterprises, we have a pending issue, which is to increase gender participation,” said the state official.

Therefore, in the coming weeks, this reengineering project will be presented in the economic area of Nuevo León, where women will have space in each work group to generate more inclusion in business.