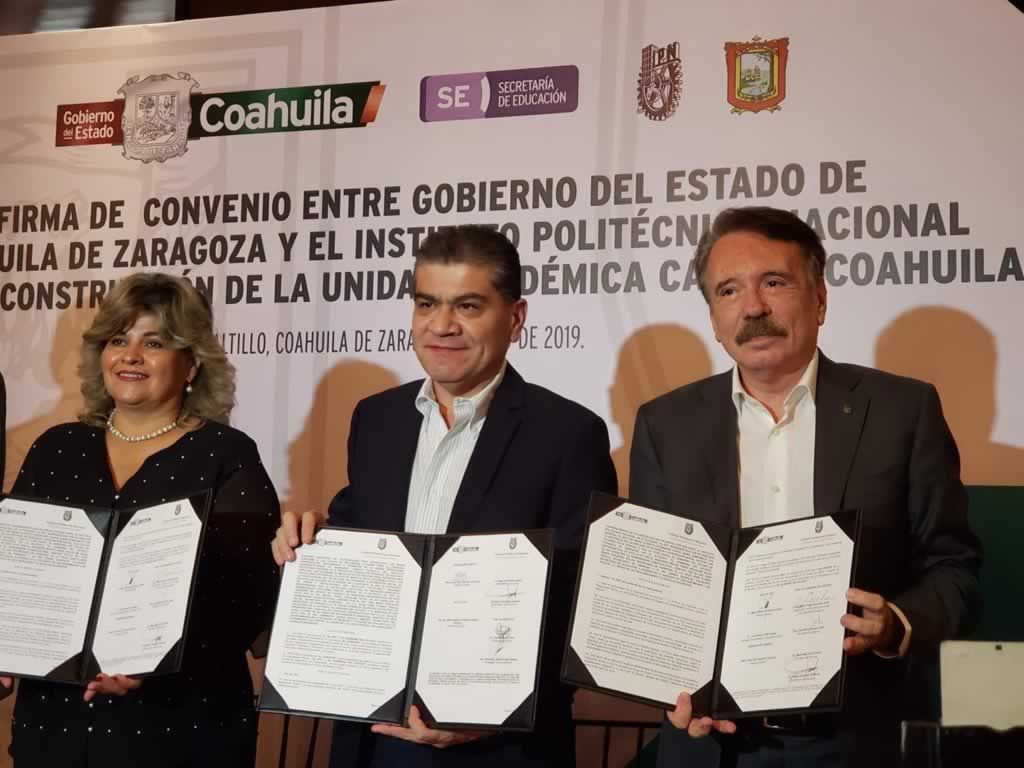 SAN BUENAVENTURA – The signing of an agreement between the state government and the National Polytechnic Institute (IPN) to create the Coahuila Campus Academic Unit, in the municipality of San Buenaventura, was recently formalized.

This campus will begin functions in January 2020, at the headquarters of the Technological University of the Central Region, and it is intended to respond to the needs of the Fourth Industrial Revolution, known as Industry 4.0. It will include six different careers that would respond to the economic vocation of this area of Coahuila.

Rodríguez Casas explained that the Industry 4.0 has an impact on all disciplines and professions, as well as in productive branches, in the life of societies, and in government.

For his part, Governor Riquelme said that, with this educational institution, economic diversification will be promoted in the Central Region, because, in addition, the strategy of the state government is the attraction of investments, from the Lagunera Region to the Central and Desert regions.