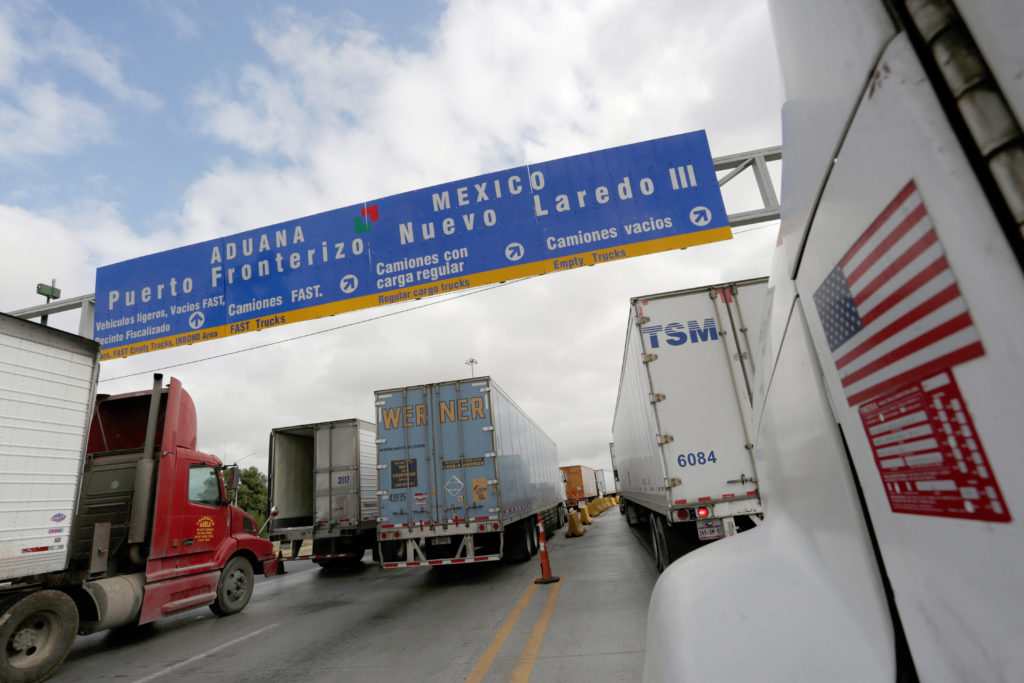 Elements of the Mexican Navy (Semar) and the Secretariat of National Defense (Sedena) are going to take over the control of all maritime and land customs posts in Mexico, president Andres Manuel Lopez Obrador (AMLO) announced during a recent morning briefing.

“We are going to clean and to renew the whole Customs system,” said the president in Manzanillo.

He justified this change by saying the maritime and land customs offices are being “mismanaged, are full of corruption practices while drug smuggling and smuggling in general are common practices.”

This action has been taken coincidentally shortly after AMLO met face to face with president Trump in Washington.

AMLO said some customs administrators have been removed in recent days for “possible crimes” and six are now under investigation.

The director general of Customs, Horacio Duarte said that this change in operations is intended to maintain and to increase tax collections at customs and to ensure national security. Duarte is the third person in charge of this institution since 2018.

Duarte reported in that morning briefing that in the 49 customs offices in the country -both maritime and inland- there was already military presence, but a mechanism will be established to allow Army or Navy personnel to be in charge of the administration.

The change of control in the Mexican Customs caused the resignation of the head of the Ministry of Communications and Transportation (SCT), Javier Jimenez Espriu, who did not agree to allow the military to take over the control. The SCT has been in charge of customs since 1970.

This change is not new, the AMLO administration has been trying to change some legislation since 2019 and ordered audits.

In April 2019, a diagnostic ordered by the Federal Government concluded the Mexican Customs had high flows of drug trafficking from South to North and arms from North to South, collection of fees for not checking shipments, collection of taxes with hand-made receipts and high fines for crossing merchandise. Mexican Customs collects around US$40 billion yearly.

Moreover, the initiative to reform the organic laws of the federal public administration, shipping and maritime trade and ports presented in October 2019 aims to transfer the powers of the Ministry of Communications and Transportation to the Navy. The change would allow the Navy to manage the security, contracts, resources and personnel of all the country’s ports.

If approved, the Navy will have the power to grant permits or concessions in addition to being in charge of the nautical preparation of the dredging tasks. Likewise, it could propose, formulate and conduct policies and programs for the development of water transport and the Merchant Marine.

Some with knowledge of the situation indicated that the Marine Corps have already been pushed to the limit by AMLO with other cores, and in any case, they lacked the technical knowledge to run customs. Critics also indicated that just getting rid of the top customs officials would not be enough as corruption is rampant throughout the total echelon of customs.

The official proposal stated that these measures will support the fight against corruption, avoid duplication of functions and the expense in resources that this generates while strengthening the suitability and impartiality of the procedures that are provided to the maritime community and with them “promote the maritime development of the country.”