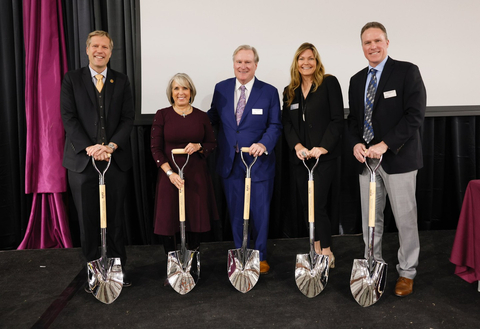 ALBUQUERQUE, NM – Curia executives and New Mexico officials celebrated the groundbreaking for the company’s expansion in Albuquerque, which is expected to create hundreds of new jobs in the region.

According to information from the New Mexico government, the state is contributing up to $5 million to support the expansion through assistance from the Local Economic Development Act (LEDA) job creation fund, while the company is set to add up to 274 employees in Albuquerque with an average salary of more than $50,000.

“New Mexico has become a sophisticated bioscience hub that continues to attract companies leading the way in global science and healthcare. These are the high-paying jobs of the future that will fortify New Mexico families and expand the economic security of our graduates who want to stay in the state to live and work,” said Governor Lujan Grisham.

Curia is also adding an isolated flexible filling line for vials, syringes and cartridges at its second Albuquerque facility on Balloon Park Road.

The company is expected to invest more than $100 million in the property, and the project is estimated to have a potential economic impact of more than $1 billion over the next decade.

“We are delighted to recognize the start of construction of this much-needed expansion of bioscience capacity and capabilities. I am proud of the important work done by the Curia team here in Albuquerque as they carry out the last step of the complex manufacturing process needed for vaccines and injectable drugs,” said Curia President and CEO John Ratliff.

According to company officials, the expansion will not only provide career opportunities in New Mexico, but will allow Curia to make a greater contribution to the production of vaccines and treatments, potentially saving millions of lives locally, nationally and globally.

The company recently announced a cooperative agreement with the Biomedical Advanced Research and Development Authority, part of the Department of Health and Human Services. The flexible filling line and high-speed vial fill-finish line are scheduled to be operational in 2025.