El Paso schools to be used as a shelter for migrants 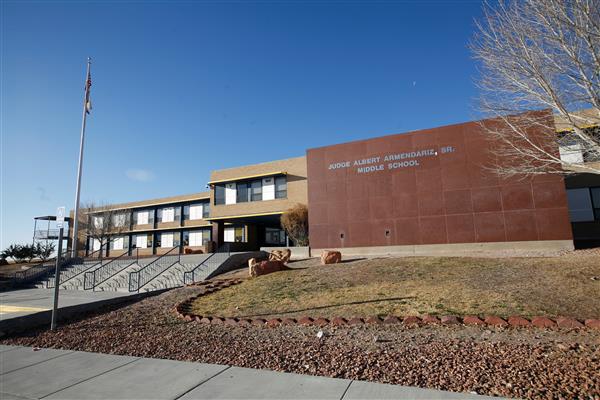 EL PASO, TX – The El Paso Office of Emergency Management (OEM), in collaboration with the City Council and the Independent School District, have identified two vacant schools that will serve as temporary shelters for migrants.

“The Office of Emergency Management is very grateful to City Manager Tommy Gonzalez and El Paso Independent School District Superintendent Diana Sayavedra for working together to address this growing humanitarian crisis and to be able to shelter migrants in a safe and humane manner,” said OEM Coordinator Jorge Rodriguez.

According to El Paso authorities, the former Bassett Middle School in downtown El Paso, as well as the Morehead Middle School campus on the west side of the city, will be prepared for priority use to house women, children and families.

“All eyes are on El Paso, and for this reason, we must show the world the compassion our community is known for and illustrate the resiliency and strength of our region,” said City Manager Tommy Gonzalez.

Diana Sayavedra, superintendent of El Paso ISD, said it is important for the community to work collaboratively to help those in need, especially during times of crisis.

“In collaboration with the city of El Paso and other entities, the district will provide facilities for shelter purposes to support the city’s efforts,” Sayavedra added.

The City of El Paso reported that roving teams continue to be sent to the various areas where migrants congregate to provide transportation and/or temporary shelter services. In addition, three hotels have been set up for use as emergency shelters.

In addition, preparations are underway to use the El Paso Convention Center to expand shelter services later this week.