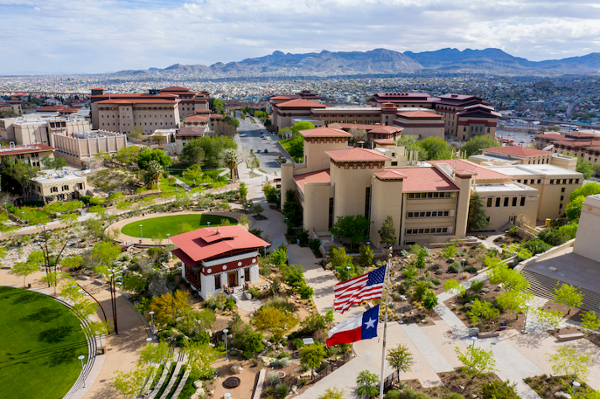 EL PASO, TX – With over US$100 million in annual expenditures for research in aerospace, health, cybersecurity, water, border issues, among other areas of impact, the University of Texas at El Paso (UTEP) ratified its R1 status by the Carnegie Classification of Institutions of Higher Education.

UTEP is one of 141 R1 universities out of nearly 4,000 accredited degree-granting institutions in the United States, which places it in the top 5% of all universities in terms of research. In addition, it is one of only 19 schools of higher education that offer services to Hispanics and has achieved R1 status.

The educational institution indicated that it is the only R1 university in the United States that has continued to have a 100% undergraduate admission rate while building research excellence. With 83% Hispanic enrollment and 94% minority students, it also has the highest percentage of Latino students of any top-tier school in the country.

UTEP first achieved the prestigious milestone – being elevated to a Carnegie R1 or “Very High Research” classification – in December 2018. The designation is reserved for universities with the highest levels of research activity that produce a large number of doctoral graduates.

Every three years, the Carnegie Foundation ranks U.S. institutions of higher education based on factors such as research spending, undergraduate and graduate teaching programs, enrollment profile, size and environment.

UTEP’s research excellence has been building since 1992, when a lawsuit challenged the restriction that allowed the university to offer only one doctoral program. Since then, the institution has added 22 more programs and has become a nationally recognized research institution.

UTEP’s annual research expenditures have grown from US$6 million 30 years ago to more than US$109 million in fiscal year 2022. During the 2020-21 period, there were 569 active grants. The university’s nine colleges and schools offer 169 degree programs-74 bachelor’s, 72 master’s and 23 doctoral degrees-both traditional and online.