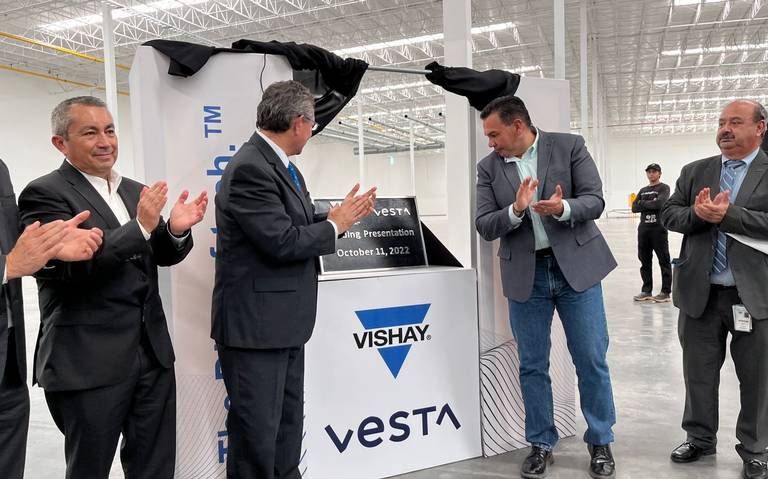 The company has started operations of a new plant in the Vesta Las Torres industrial park, where the mayor of Juarez, Cruz Perez Cuellar highlighted that in addition to the economic success of Vishay and Vesta, both companies have a commitment with the community and work together in tasks such as fixing public parks.

For the expansion of the maquiladora, US$23 million were invested during the first year for the installation of machinery, equipment and building improvements. This growth will enable the hiring of 700 new employees.

Vesta, a leading industrial real estate company in Mexico, invested US$9.3 million in the infrastructure and construction of the building.

Diego Berho Carranza, Vesta’s national portfolio director, said that Ciudad Juarez is a strategic location because of its steady growth in the maquiladora industry, which did not stop with the pandemic.

Mayor Perez Cuellar highlighted that Ciudad Juarez has a privileged location in the global environment. He added that currently there is a kind of relaunching of the maquiladora industry in the region where better paying jobs are now being offered, therefore he reiterated his commitment to continue working together.