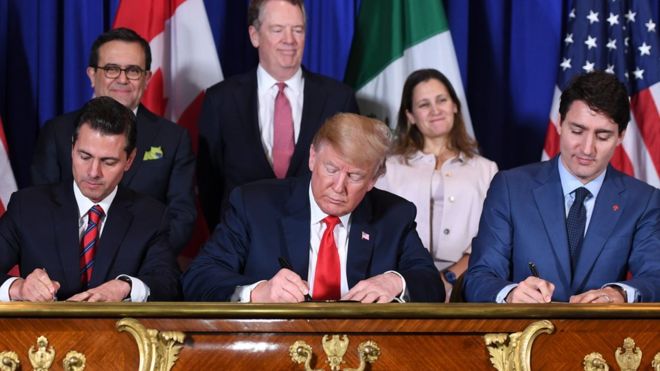 U.S.A – Leaders of large businesses are more optimistic about the potential benefits of the new trade agreement between Canada, the United States and Mexico than their counterparts at small companies, a recently released report shows.

A recently released report from the TMF Group about business leaders’ attitudes toward the United States-Canada-Mexico Agreement (USMCA), found that company leaders from businesses with less than 500 employees were more enthusiastic than those with more than 500 workers about what advantages the deal would give them as well as about whether it will even be ratified.

Overall, 75% of professionals with the authority to make purchases for services or products in large businesses said they believed the deal would be ratified by all three countries, while only 63% of leaders of small businesses thought the same.

“There’s a lot of moving pieces out there right now that TMF and me specifically are wondering just how long it’s going to take,” said Gary Hokkanen, the managing director of TMF Canada.

Professionals from large businesses also said more frequently than those at smaller businesses that they expected USMCA to better benefit their countries’ economies give them more opportunities for exports and open up more incoming trade and investment growth.